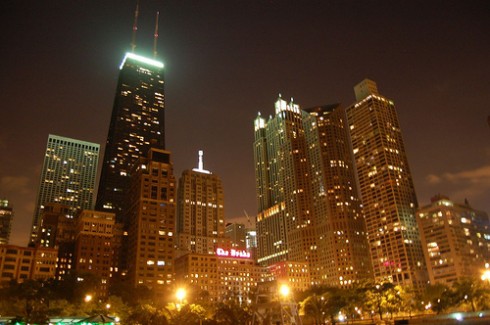 Today is her birthday.

I don’t remember the first time I met her. It was my freshman year of college, and at first, she was just another junior living on my floor. I do remember asking her if I could be her roommate. The college I attended over-booked freshman girls that fall, so we had three girls living in a two-person room. At the end of the semester, there was space for me to move out and in with Kandice. Her roommate was moving out, and she seemed genuinely excited to share our space together. 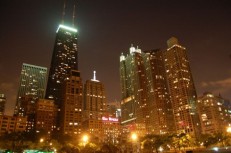 So I went home for Christmas break, ready to come back in January and move in with Kandice. Over that break, this happened. Suffice it to say that I was… in a weird place when we first started living together.

Kandice and I were roommates that spring semester as well as the following fall, before I decided to leave the school. Often after a bad day, I would come back to my room, knowing where I had hidden chocolate. Kandice was present and in the moment in every way imaginable – unfortunately, her zeal for life often led her to my own hidden candy, which she would somehow find and eat. Frustration over stolen candy aside, I always knew she loved me for who I was as a person, and she challenged my thinking in ways that no one else at that college did.

The last week we lived together, before Christmas break in 2002, I got off the elevator on the seventh floor of our dorm. The school was in downtown Chicago, situated halfway between Cabrini Green and Michigan Avenue – between two worlds. When I got off the elevator, Kandice was standing there with the most intense look on her face I have ever seen anyone have. She yelled – no words in particular, just yelled – and shoved me up against the wall in an outburst of frustration. I could tell she wasn’t angry at me, and even as she got up in my face, it wasn’t violent. She had that much emotion.

I can’t remember whose idea it was to go to the roof of the building, but that’s what we did. It was late at night, but the sky was lit by the city lights. The rain was so heavy I could feel every drop; this was no light spring shower. On the roof of a 10-story building, the rain seemed just a bit closer. There was no shelter, no hiding ourselves from its heavy drops.

We stood on the roof and yelled. I can’t remember what exactly we yelled about – for her it was a lost relationship, for me it was the uncertainty of my future. I don’t know the words but I know we yelled. In the pouring rain. On the roof.

I am certain that the next part was Kandice’s idea, because it wasn’t allowed. If I followed every rule, she seemed to view each one as a new challenge. We snuck past the unlocked gate that led to the maintenance tower on top of the building. We climbed up the metal ladder and onto the very top of the tower. There was no railing. No ledge. We were now 11 stories up, and though the maintenance tower was probably 15′ square and was in the middle of the building (so if we fell it would only be one story), I felt on top of the world. And I was terrified.

We yelled for what seemed like an eternity. Finally, exhausted, drenched, and freezing, we made our way back down the maintenance tower. We peered in the door from the roof to make sure no one saw us, then rode down the elevator in silence. Comfortable, understood silence.

I have never felt as alive as I did on that roof that night. I was the most free to be myself, most free to express emotion I so often concealed. Kandice was my friend, my confidante, and I admired her.

We lost touch after college. We were Facebook friends, but that was many years ago, before I shifted my theology and started the path I’m on now. I wish I could still talk to her, because I really think she would LOVE who I am today.

Last week, I was telling my friend Alissa about Kandice, about how spunky and feisty and full-of-life she was. I told Alissa stories about being Kandice’s roommate, and suddenly I stopped short. My breath caught – I don’t think Alissa even realized that I stopped myself, because I forced myself to trail off. I couldn’t bring myself to say the end of the story: Kandice died almost six years ago, from Inflammatory Breast Cancer. Her death was tragic in so many ways. She was preparing for the mission field. She was young. She shouldn’t have died.

I couldn’t say the words because somehow saying them would make it a little more true. I hadn’t seen Kandice since early 2003, so somehow I can convince myself that she’s not on Facebook because she’s hanging out with deaf kids on dirt paths in Africa, listening to what they couldn’t say and learning from them. She’s there, in my mind, sharing about the love of God with these kids who are abandoned and unwanted. In my mind, Kandice is fulfilled and happy. And yet, though I know that she isn’t on the streets of Africa with deaf children, I know that Kandice really is fulfilled and happy now. Whatever happens after death has to be better than the hell that cancer and suffering deliver on earth, and I am confident that Kandice is there. Free. Fully herself.

Brene Brown says that we should “lean in to moments of joy.” So today, in Kandice’s honor, that’s what I will do. In the midst of the meetings and the deadlines I have today, I will light a candle and remember Kandice. I will say her name out loud. And who knows… maybe I’ll even find a piece of hidden chocolate in the back of my drawer.

The Chaplain and Morale: A Conundrum.

Cleft of the Rock